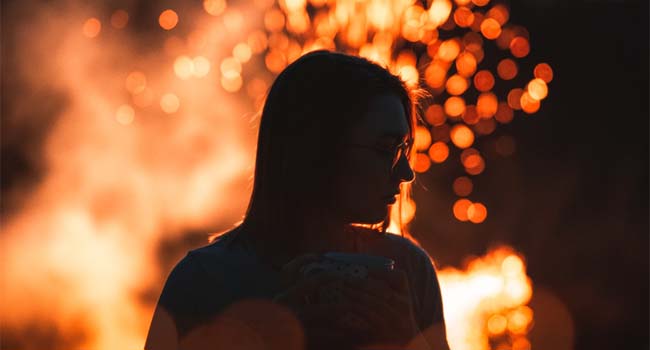 Pastor and activist Sandra Maria Van Opstal shares about power and vulnerability as an Enneagram Eight and how she turned bad advice into opportunities for deeper freedom.

In college I led a Bible study with some friends in our apartment for a pretty large group of people. I was studying Scripture for the first time, learning to lead, and doing it in community. I was so thrilled—until the conflicts started. There was so much tension and I didn’t know why, and to make things worse the parties involved were not willing to confront the issue. As an Enneagram Eight and an intuitive feeler I could sense something, but I didn’t know what I had done. One of our mutual friends confronted me and expressed that I had a very powerful personality and could change the atmosphere of a room. I would later hear this from supervisors who were “intimidated” by me or encouraged a “gravitas” that I carried. People in my life seemed to be speaking to some kind of power that I had of which I was not aware. I was told that I needed to “manage my power.”

When I was in my twenties, I was being mentored by someone at my church who had my best intentions in mind. Here I was, twenty-nine years old and still single. My mentor seemed to be so impacted by my singleness that they brought it up every time we met. I was not concerned. I did want a partner, and of course I wanted to be in a relationship with romance, sexual intimacy, and connectedness, but I had a revolution to instigate. In one particular conversation we had they expressed that if I slowed down maybe someone would see that I was available and have interest in getting to know me. I’m not sure why that would make me more attractive since I felt that a Christian would be inspired by my passion for God and my work in coming alongside and working with those who were disenfranchised. I responded as only an Enneagram Eight could: “I’m not slowing down, they are going to have to catch up!”

In my thirties, I was having a conversation with another friend and I expressed how frustrating it was that I had not yet found a partner for this adventure I was on. I was traveling the world, learning from Christians in other cultures, interrogating faith, designing models of ministry, serving in my local church, and continuing to lean into my worship of God. Yet, it seemed most Christian men were afraid of me or felt they needed to compete with me. After venting about these men and then shedding a few tears, I waited for my friend’s wisdom. He offered this, “Well, maybe if you showed your softer side it would help.”  I will not recount what I was thinking because it would not be allowed in this forum. Fellow Eights will know it went something like this: “!?@$^$%&$^&^%!”

These are clearly memorable moments to me because not only do I remember the advice that was given to me, I also remember all the details of the moment, like what I was wearing and where these conversations took place. The bottom line was that I did not trust these advice-givers.

First of all, these were men in faith settings in which power, drive, and strength are perfectly acceptable for men, but not for women. I was not going to let patriarchy have the last word. Secondly, these were White men in White Christian settings who had little to no experience working alongside Black Indigenous people and women of color. I was not here for White-centered ways of relationships and life. They couldn’t champion the passion that their Latina sister had in her gut, they could only silence me and diffuse the power that they felt overstepped the expectation. I knew that their overall assessment was wrong, but there seemed to be a word of invitation to me about power, slowness, and vulnerability.

I began to ask Jesus to give me the grace to lean into the invitations by asking:

How do I manage my power and still be fully myself without being afraid to offend?

What does it mean to have passion and urgency for your good news of peace and care for myself?

In what ways am I protecting myself and hiding vulnerability?

Is it ok to be strong when I feel strong?

Over the decades, with the wisdom of the Enneagram, I have come to understand myself better. As Eights, we are strong—stronger than most. We are able to withstand injury and insult that others cannot. But we are human and therefore also weak and vulnerable. Eights have more energy than most (especially those of us with a Seven wing). We are able to work longer, run harder, and produce so much that it amazes our friends. But we are human beings, and we must learn to be in our Creator’s presence and not always on a mission. As Eights we are leaders, and people count on us, but vulnerability is necessary for human connection.

These are all things I am learning by God’s grace and with a little sense of humor. I am thankful for the bad advice I was given because that bad advice provoked life-changing invitations that has led to collective liberation, healing, and flourishing for myself and those I love.

Are there moments of bad advice that might invite you to deeper freedom? 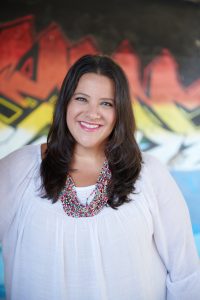 Sandra Maria Van Opstal is a second-generation Latina and the executive director of Chasing Justice. She is an author, pastor, and activist who has given leadership in global movements such as Lausanne, The Justice Conference, and Urbana Missions Conference. She has also served as an executive pastor at Grace and Peace Church and as an activist on the west-side of Chicago. She is the author of Forty Days on Being an Eight and The Next Worship.